Enemy and Lover – The Paradox of Relationships 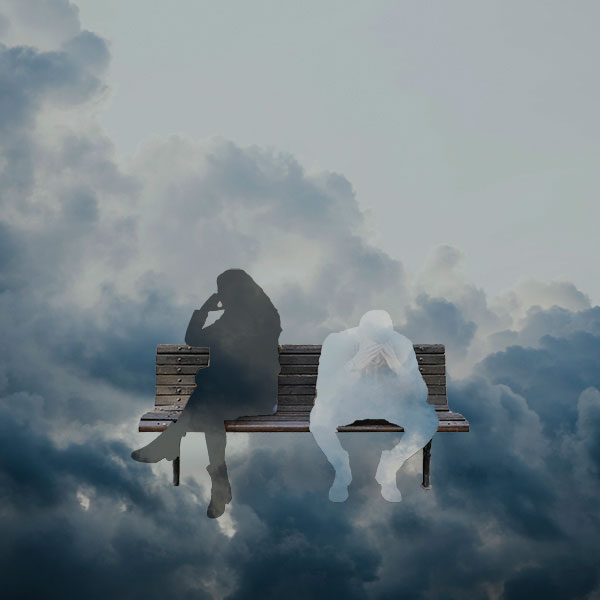 When I see a new couple, I’m not really looking at whether the story they are telling me is true or false. What I am really looking for, is to uncover the true reason behind their thoughts, emotions and feelings towards their partner. I make a commitment to uncover how it may be serving them to see their partner in a certain light. And why it makes total sense for them to need this conflict that is seemingly expressing itself outside of themselves. This is when a healing process is activated. A little internal war begins. Part of them is convinced that they want the healing. Part of them is convinced that if they let go of conflict, that they will also lose themselves. Only when the pain of staying stuck seems bigger than the fear of letting the conflict go, can a genuine shift occur that transforms the situation.

Olivia and Stan had been together for six years and have a two-year-old child. Olivia confided in me that she is constantly fantasizing about having a different partner. She also confessed that she was aware that Stan was constantly worried about her leaving him and that she was constantly worried about not wanting to stay with Stan. I wondered to myself if the relationship counselling session was simply a ‘drop off’ session. Did they just need our meeting to serve as a container to move apart? In other words, was the presenting issue really what was going on for these two?

So often, the presenting issue is not what is really going on. On the surface, somehow, the presenting conflict appears on the outside. A partner may actually be someone that we are safe enough to play a specific conflict out with. But then comes a time where we are ‘over it’. Either it is not serving us anymore. Maybe we stop liking who WE ARE in the dance of our relationship. Sometimes so much so that we feel we need to change partners in order to BE someone we like being. Maybe what we really want to change is who we are and this insecurity masks itself as being outside of us. We are actually feeling safe enough to USE our partner in order to change our self.

In Hawaii, Ho’oponopono means: “I’m sorry, please forgive me, thank you, I love you.” The direct translation in English is ‘to make right.’ It suggests that when in conflict with our beloved, we need to put that person in mind and offer them our apology, forgiveness, gratitude and love. The reason behind being sorry and asking forgiveness is not because we acknowledge that we are USING the other to play a part for us. That we have recruited them to play a role and that they are doing us a favour, something for our highest good.

Olivia confessed that Stan’s passiveness and submissiveness turned her off. She fantasized about a partner who was stronger and more dominating than Stan, someone who initiated things and could take the lead. In Olivia’s fantasy, her ultimate partner would be someone she could lean on, feel safe and taken care of. She felt angry with Stan for being so weak (in her eyes) and for being so annoyingly agreeable. It was maddening to Olivia how he appeared to not have a backbone. Olivia felt alone, like she was unable to share her load with a partner who she considered to be an equal.

It can be extremely seductive to remain stuck in the gridlock of a dynamic such as Olivia and Stan’s, because unhooking from a partner (who we perceive as being the primary problem) means that we will ultimately need to address and face the problem in ourselves. Usually the person we were safe enough to act out the conflict with, is actually the person we are most safe to move through the process of healing and transforming the problem at its core. What is in our way is usually our fear of our own vulnerability – plus our Ego masking itself and wanting to be right.

Olivia said that Stan’s character caused her to feel so bad about herself because it put her face to face with her own aggressiveness. She felt guilty for her uncompassionate thoughts and about hurting his feelings, which made her feel like a terrible person. She suspected that she needed someone stronger who could resist her and fight back in order to not feel so bad. Relationship counselling will gently expose the lack of logic in this pattern of thoughts and behaviour, which is surprisingly common between couples. It’s a loopy mind maze that Olivia has been trapped in for almost her entire relationship history, not knowing her way out and desperately exhausted by the merry-go-round.

Did she really want a dominant partner who was less accommodating than Stan and even less willing to tolerate and follow her lead? What is this story all about? Olivia realized at some point that Stan’s devotion and commitment to her scared her. That she did not actually have a road map for this. In her childhood and teenage years, the men in her life, starting with her father and three brothers, were always dismissive. They often overlooked her perspective and she saw her mother’s feelings being minimized by the men in her life too. Olivia realized that she had subconsciously internalized that a man should be dominant, in order to be desirable and to feel safe. Stan’s sensitivity and respect felt so weird and unfamiliar that she had made these qualities wrong in her own mind. She didn’t recognize herself in this new dynamic, even though it offered her the possibility of breaking through an ingrained and intergenerational family culture that wasn’t healthy for the women of her lineage.

Having this epiphany about her relationship excited Olivia. She became passionate about discovering her leadership and value in her marriage. Instead of projecting the ‘weirdness’ onto Stan, Olivia realized that it was not serving either of them for her to be taking the position that she had been, and that what she had with him was actually what she really truly desired. She learned how to lead with respect and love. Her contempt and criticism morphed into deep gratitude. Olivia reframed Stan’s behavior in a more positive way. Instead of seeing his compliance and placidity as something annoying that she would take for granted, she was able to settle into the comfort and safety that Stan provided, that enabled her to explore new territories in different aspects of her life.

As for Stan, Olivia’s newfound transformation had the ripple-effect of supporting him to find his lost voice. He had the realization that he needed to learn how to give respect to himself first and foremost, before he could truly love another. He was able to identify when his boundaries were being crossed and to make a stand for himself. As he was a survivor of sexual abuse, this realisation pointed him to a deep and transformative healing journey with a therapist who supported his process.

The phenomenal outcome of one person’s internal shift is the profound impact it has on their significant other. This is the beauty and blessing of relationship counselling at its best, the gift of insight that can be life-changing and relationship enhancing.